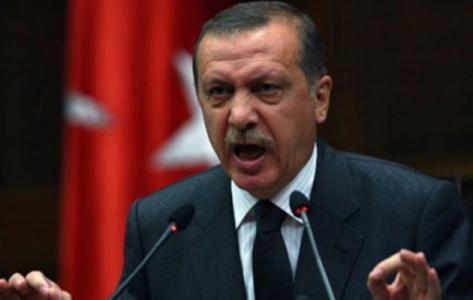 Murat Yektin
Prime Minister Binali Yıldırım had another meeting on Dec. 26 with Devlet Bahçeli, the leader of the Nationalist Movement Party (MHP), with whom he is cooperating on the constitutional draft that proposes axing the parliamentarian system in Turkey and ushering in an executive presidency, as targeted by President Tayyip Erdoğan.

It is not clear whether some articles of the draft will be withdrawn or revised as an outcome. But Yıldırım was reported to have told MPs from the ruling Justice and Development Party (AK Parti) last week that for any change, he has to again ask the MHP since the AK Parti “needed MHP votes.” In order to take the constitutional draft to a referendum, at least 330 votes in the 550-seat parliament are needed. The AK Parti has 317 (minus the parliamentary speaker who cannot vote while chairing the session), and that’s why the PM needs the continuous support of the MHP leader.

The meeting itself, when considered together with Yıldırım’s words, show that the real problem is not with the MHP but from within the AK Parti, since the PM has been trying to convince Bahçeli on revisions to the draft.

Nobody in the AK Parti wants to go on record about their concerns in order not to provoke a reaction from Erdoğan, but in a meeting behind closed doors, they speak up and the word goes to not only Erdoğan but to the political backstage in Ankara as well.

According to information leaked behind closed doors, there are three categories of concern: structural, systemic and political.

These can be summarized as follows:

- Deputies do not want the “substitute deputy” system out of fear that it might lead to political assassinations.

- MPs from especially less-populated provinces oppose the idea of increasing the number of seats in parliament from 550 to 600.

- They also oppose lowering the age of being elected from 25 to 18 because of obligatory military service for men.

- Some AK Parti deputies support the idea of a president retaining his party membership, but do not want to see the president as the party chairman. Expression about a “transformation into a party state” has already emerged in the political corridor. There are concerns that this suggestion, which is key to Erdoğan, might lead to the supremacy of the executive over the legislative. Plus, it is a question mark as to what will happen if the governing party loses its majority in parliament in an election and the president becomes an opposition leader.

- There are MPs who think that the method suggested for appointments for the members of the Supreme Board of Judges and Prosecutors (HSYK) could bring executive power supremacy – which will be in the hands of the president – over the judiciary. According to the draft, the head of the HSYK, which appoints all judges and prosecutors, will be the justice minister who will be appointed by and directly related to the president, since there will be no prime minister in between if the draft goes into effect; the HSYK deputy chair will be the undersecretary of the minister. Three members of the HSYK will be directly appointed by the president and the remaining three will be appointed by the parliament, where the majority party will be chaired by the president, who will in practice have control over all appointments of judges and prosecutors.

- There are AK Parti deputies reported to be against the presidential authority to abolish parliament out of concern that the president could use it whenever he (or she) thinks it is politically opportune and force the country into an early election. They claim this would put pressure on the legislative functions of parliament through the executive power wielded by the president.

- A number of AK Parti MPs, especially ones of Kurdish origin, are not happy with the close cooperation with the Turkish nationalist MHP. They also worry that such cooperation might be extended to bringing back the death penalty, though it is not a part of the constitutional shift deal for the time being.

- According to information leaked behind closed doors, despite no on-the-record statement, two important public opinion polls by companies seen as reliable by the AK Parti have shown that support for the executive presidency today would be slightly more than 45 percent, but not 46 percent. That could be enough to win an election but not the presidency, which could be a failure for Erdoğan, and he wouldn’t want to experience that.

It is true that within the AK Parti group, no voices are raised in public. But a prominent name from within the AK Parti wrote an article published by Habertürk on Dec. 26 with the title “Where is the separation of powers in the constitutional draft?” Ömer Dinçer, who served for years as the prime ministry undersecretary for Erdoğan and afterwards as the education minister, said, “In order to protect democracy, it is necessary to empower the ‘checks-and-balances’ mechanism and block the roads which could go to ‘one man rule.’”

He ends the article with words that “these are not all the problems.” But you already knew some of them after reading this article down to this sentence, don’t you?