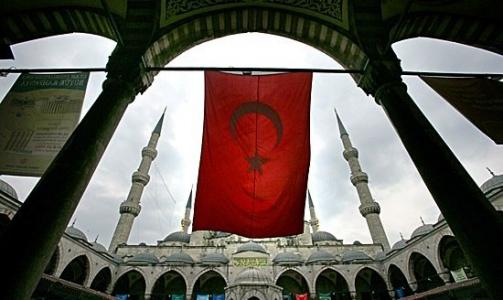 President Recep Tayyip Erdoğan and the ruling Justice and Development Party (AKP) remain Islamist at heart. This is more apparent today in Turkey’s domestic rather than its foreign policy though. In its foreign policy, there is a clear shift toward pragmatism.

This, however, has not made Turkey’s ties with the West easier, as one might assume at first glance. In fact, Ankara’s deteriorating ties with the U.S. and Europe are among the main reasons underlying in the shift in its foreign policy orientation. It needs to show that it has alternatives to the EU and NATO - even if it doesn’t.

Ties with Russia are a case in point. Both Erdoğan and Russian President Vladimir Putin have their troubles with the West, which pushes them closer, not out of love but out of necessity. This is clearly seen in Syria.

Ankara more or less accepts at this stage that it will have to deal with its arch-enemy, Bashar al-Assad, even though it worked for his downfall for so long. In other words, Ankara’s current hatred for the U.S. and the EU has trumped its hatred for al-Assad.

As for the Syrian groups that Turkey apparently represents; they are reluctantly going along with the new diplomatic track by Ankara and Moscow on Syria, which will be capped by the summit in Astana, Kazakhstan, next week, because they have no choice.

They are ware though that Turkey is not in a positon to push their demands. All Ankara can realistically do is help negotiate the terms of their surrender and ultimately accept what the regime - with Russian and Iranian support - dishes out, having come out of the crisis as the stronger party.

This must be disappointing to Islamists of all shades in Syria, starting with the Muslim Brotherhood, which expected so much from Turkey under Erdoğan. To see Turkey act with Russia, and even turn a blind eye to the atrocities in Aleppo, is undoubtedly a major blow to Erdoğan and the AKP’s reputation among Islamists in the Middle East and beyond.

Turkish Islamists are also uncomfortable with this turn of events but are generally keeping quiet for the sake of maintaining solidarity with Erdoğan and the AKP. Turkey’s turn to Russia has revealed its weakness, rather than its strength.

The results of the economic embargoes and military precautions taken by Russia in Syria after Turkey downed the Russian jet fighter in November 2015 was too much for Ankara to bear, forcing it in the end to reconcile with Moscow.

Turkey’s reconciliation with Israel is another example. Given strategic political and economic realities, Turkey could not sustain tensions with Israel in the long run and had to do an about-turn.

When it comes to the Muslim Brotherhood, and of course Hamas, Turkey seems to have deserted them in this case too. Its reconciliation with Israel effectively forced Ankara to water down its demands such as the lifting of Israel’s siege on Gaza.

There is also the fact that the international grouping Ankara is flirting with to hit at the West is also staunchly anti-Islamist. This applies to Russia as much as it does to China and the republics of Central Asia.

The more Ankara cozies up to Russia, the more it will face this reality, which it already is having to cope with in Syria to the detriment of groups it supports in that country.

Ankara still reveals Sunni leanings in Iraq and Syria, but its new approach to foreign policy makes it hard to claim it is pursuing a purely Islamist agenda in foreign policy anymore.

Despite the mistake, the basic premise that the president effectively becomes inviolable remains standing.