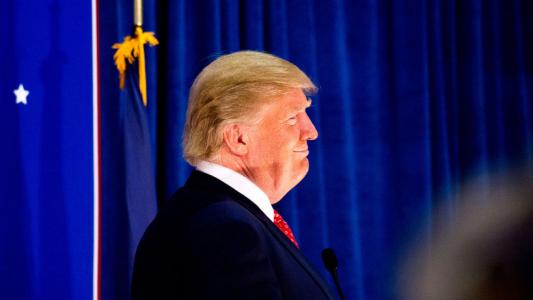 THAT IS what four important new books about globalization and American foreign policy do. Walter McDougall, a professor of history at the University of Pennsylvania; Stephen Kinzer, a senior fellow at the Watson Institute; Tony Smith, a political scientist at Tufts University; and Pankaj Mishra, a fellow of the Royal Society of Literature, are the authors, respectively, of The Tragedy of U.S. Foreign Policy, The True Flag, Why Wilson Matters and Age of Anger. They provide valuable insights into the debates currently unfolding about globalization and America’s purpose. All were, of course, written long before Trump’s victory, but they offer a broader context for the events that are currently taking place, both in America and the wider world. All are, in their own way, skeptical of efforts to reshape the world in America’s image.

McDougall, whose title is reminiscent of William Appleman Williams’s The Tragedy of American Diplomacy, argues that the belief that “God is on our side” has inspired American foreign policy since the founding. He argues that religious rhetoric has prompted a secular republic to aspire to a global destiny that, more often than not, has brought it to grief. He draws on Robert Bellah’s influential identification of an American civil religion to trace its various stages in foreign policy over the centuries. McDougall believes it mutated, over the centuries, from what he calls a classical ACR to a millenarian version. He notes that up to Benjamin Harrison, who said that “we Americans have no commission from God to police the world,” the United States adhered to a restrained foreign policy. William McKinley, the last Civil War veteran to become president, wanted to follow one, but ultimately couldn’t resist the missionary impulse and the temptation to empire. Then came Woodrow Wilson. “He recast the ACR as a fighting faith and hurled the nation into a war among European civil religions,” writes McDougall, “in order to prove, like a pagan priest-king, that his tribal gods were mightier than theirs.” McDougall’s conclusion could hardly be bleaker. He suggests that a global civil religion will emerge in which the national-security state will be presented as the culmination of liberal, progressive ideals: “It will pose as friendly fascism, compassionate conservatism, socialism with a human face.”
Though McDougall only alludes to Robert Kagan a few times, he is essentially conducting a running war with the neoconservative version of history propagated by his book Dangerous Nation. In it, Kagan depicted the United States as uniquely virtuous, while other powers operated on the basis of venal motives. Even the Spanish-American War was transmuted by Kagan into one waged by a liberty-loving America:
Too few have seen or perhaps have wanted to see how the war was the product of deeply ingrained American attitudes toward the nation’s place in the world. It was the product of a universalist ideology as articulated in the declaration of independence.
Kinzer, like McDougall, will have none of this. He focuses on the late nineteenth century as the turning point in American history. He examines the debates between imperialists and anti-imperialists, arguing that many of the ills that afflict American foreign policy can be traced to the Gilded Age, when the McKinley administration, impelled by a mix of pecuniary, strategic and racial motives, went to war to supplant the infirm Spanish Empire by annexing Cuba, Puerto Rico and the Philippines. That era’s neoconservatives included Theodore Roosevelt, who was secretary of the navy; Alfred Thayer Mahan, the naval guru; and Sen. Henry Cabot Lodge, who promoted what he called a “large policy.”
One of the presidents that Kinzer rescues from obscurity is Grover Cleveland, who vigorously decried the turn to imperialism. Cleveland had refused to annex Hawaii when he was president. In 1898, he attacked what he called the “Hawaiian monstrosity” and “schemes of imperialism” that constituted “dangerous perversions of our national mission.” Kinzer doesn’t mention it, but Cleveland’s opposition to foreign conquest prompted H. L. Mencken to hail him as “the last of the Romans. If pedagogy were anything save the puerile racket that it is he would loom large in the schoolbooks.”
Tony Smith offers a searing appraisal of American liberal internationalism. According to Smith, “After triumphs over international fascism and communism for which the nation can justly be proud, America’s worst enemy over the past quarter century . . . has ironically (or better, tragically) turned out to be none other than itself.” Mishra takes a more synoptic approach, examining the rise of nationalism not only in America but also western Europe. He traces much of the current ferment back to Jean-Jacques Rousseau. In Mishra’s view, his
obsessive concern with the freedom and moral integrity of individuals, combined with an extreme loathing for inequality and change, makes for a perpetually renewable challenge to contemporary political and economic arrangements—and certainly it chimes perfectly with the present clamor against globalization and its beneficiaries.
He predicts that there will be plenty more dangerous men with longing for radical equality in Africa and Asia, either succumbing to or promoting the illusion that they can return to a mythical past when spiritual unity existed. For Mishra, there is a symbiotic relationship between the illusions of the Third World and those of contemporary Western nationalists, who believe that their countries can return to a mythical past by rejecting the present.

He assails the fanciful idea that capitalism could be easily (and quickly) exported abroad without ensuing violence. He points to the Spanish American writer George Santayana, who was convinced that post–Civil War America had abandoned its restraint for dreams of universal Americanization. Discredited universalist philosophies of history and progress—what later became the Whig interpretation of history—made a comeback in postwar America. It was a coterie of warrior intellectuals who touted the new teleology. They sought to abridge the long and sanguinary path that Western nations had themselves followed to modernity. “In a strange twist of history,” Mishra notes, “the fantasy of disseminating Anglo-American ideals and institutions worldwide was revived after 1945 and made central to political and economic thinking by Britain’s successor, the United States.” Indeed, as Smith sees it, the problem rested in the hubris that came to define the American foreign-policy elite, in which a soft Wilsonianism congealed into a hard ideology. Notions of “democratic peace theory,” “democratic transition theory” and “the responsibility to protect” indicated that the impulse to spread American values had been converted into a quasiscientific doctrine that sanctioned the use of American firepower, whenever and wherever Washington elites decided it was a neat idea.
Now that Trump has been elected, however, the arrangements that were constructed after World War II to help assure American global dominance are being questioned. Davos Man is reeling from the upsurge in nationalist sentiment, from Britain to Germany, from America to China. At Davos, it was Chinese president and nominal Marxist Xi Jinping, of all people, who presented himself as the champion of free markets, pledging that China “will not shut the door to the outside world but will open it even wider.” Meanwhile, neoconservatism and liberal internationalism have retreated into a form of internal exile in Washington, at least for now. So far, the precise path that Trump will follow on everything from American alliances to trade arrangements remains unclear. Will he plunge the world into a trade war that leads to a global recession, or even depression? Or will he bolster the American economy? Will he strengthen American alliances, or throw them overboard as so much useless ballast to create a Fortress America? So far, it seems pretty clear that Trump seeks to upend the postwar international order. The impassioned debate that Trump is triggering is not about to go away any time soon. Quite the contrary.
Jacob Heilbrunn is editor of the National Interest.