Exclusive: US Jerusalem embassy – only foundations 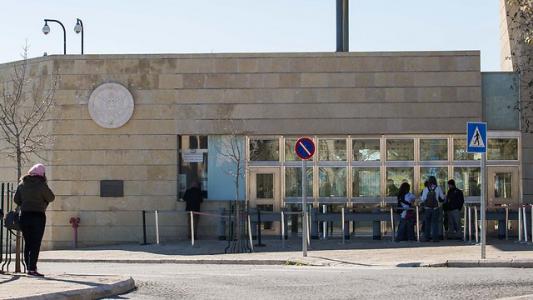 Exclusive to DEBKAfile: The appointment of Donald Trump’s son-in-law Jared Kushner, 35, as senior adviser in the future White House on Middle East affairs is part of a broader plan taking shape in the president-elect’s transition team for bringing forward a resolution of the Israel-Palestinian dispute. This plan has not yet jelled into concrete policy, but is still a set of ideas under consideration by the team’s insiders, in the light of Trump’s comments past and present.

On Nov 22, the president elect said that Kushner “could be very helpful” in reconciling the longstanding dispute between the Israelis and Palestinians. “He would be very good at it” and “He knows the region.”
He also said: Many people said “you can’t do it. I disagree. I think I have reason to believe I can do it.”
The incoming US president’s appointment of David Friedman as ambassador to Israel also mentioned the drive for peace and reiterated his campaign pledge to move the US embassy to Jerusalem.
This week, Palestinian Authority chairman Mahmoud Abbas warned that transferring the embassy would be tantamount to a US declaration of war on the Palestinians. King Abdullah of Jordan said it would be “a red line” for his government and “inflame the Islamic and Arab streets,” while Secretary of State John Kerry said, days before he leaves the post, “You’d have an explosion, an absolute explosion in the region – not just in the West Bank - and perhaps, even in Israel itself - but throughout the region.”
Those dire warnings went without response from the president elect and his designated secretary of state. However, they appear to have had some effect. DEBKAfile’s exclusive sources report that the transition team is examining a number of proposals, one of which is to make a start on clearing the ground at the future site of the US embassy in Jerusalem and then wait.
The US government purchased the site some years ago for this purpose.The plot, known as the Allenby Camp, which served as a British military compound after 1917, is large and stands empty in the southern Jerusalem neighborhood of Talpiot, adjacent to the Palestinian district of Jabal Muqabar and the mixed neighborhood of Abu Tor.
Another idea is to conduct a cornerstone-laying ceremony at the site – and then suspend construction. The Palestinians would have to reciprocate by calling off their international campaign for vilifying and delegitimizing the State of Israel at the UN as well as in world capitals. Construction of the US embassy would then remain on hold. But if the Palestinians continued their anti-Israel campaign, construction of the Jerusalem embassy would go forward.
Our sources report that the embassy transfer is just one item on a broad program President-elect Trump is putting together on the Israeli-Palestinian dispute, including its territorial aspects.
Important details of this plan - and more - will be revealed exclusively in the coming issue of DEBKA Weekly (for subscribers) out next Friday, Jan. 13.
http://debka.com/article/25881/Exclusive-US-Jerusalem-embassy-%E2%80%93-only-foundations