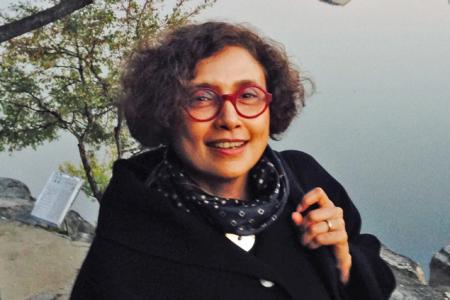 Observers have been collectively scratching their heads at the unfolding Trump presidency. Trump’s campaign braggadocio opposed the establishment of both parties and pointedly continued into his inauguration.

However, his anti-establishmentarianism has since been thrown into question as a ‘shock and awe’ scale flurry of confusing executive orders and announcements rocks the US polity. Some actions grandiloquently purport to fulfill election promises – reversing Obamacare or the post-2008 Dodd Frank financial regulation – but appear not to on closer examination as the ongoing uncertainty surrounding travel restrictions announced against seven countries shows. Other actions demonstrate eerie continuities with recent administrations – supporting Japan on the Senkaku/Diaoyu Islands against China, continuing sanctions against Russia or the choice of countries on which to impose travel restrictions.

One might simply dismiss him for the fraud he is, full of false promises. But doing no more would miss identifying the form of his fraudulence, the pattern of his pathology, and thus the dynamics of his presidency.

Let’s begin with some basics. All parties capable of coming to and staying in power in a capitalist society must have what political scientist, Andrew Gamble, in his classic study of the British Conservative Party, called a ‘politics of power’ and a ‘politics of support’. German philosopher, Jürgen Habermas similarly argues that a party needed strategies to secure stable (capital) accumulation and legitimation respectively. A politics of power is the party’s strategy for securing and advancing those interests in the land that it represents once in power. A politics of support is its strategy – the appeals, the concessions etc – through which it secures enough votes to get there and stay there.

As Tanzanian President Julius Nyerere quipped in the 1960s, when he was accused by the US of running a one-party state, ‘The United States is also a one-party state but, with typical American extravagance, they have two of them’. Quite simply, in the United States above all, the parties’ politics of support differ more than their politics of power, which are essentially to advance the interests, domestically and internationally, of its corporate elites among whom the financial sector and in the military industrial complex have recently been the most important. Inevitably, this setup involves neglecting the interests of the vast majority of the country’s electorate.

The Democrats have historically relied more heavily on the votes of this repeatedly betrayed majority. In recent decades, they won elections largely because this majority had no other party to vote for. In 2016, however, Trump won by mobilizing the anger of a manipulatively selected section of this majority, taking away a substantial section of the Democratic voter base. Voter turnout was low and Trump won the support of just over 26 percent of the electorate. Clinton may have won a couple of million more votes but, even after outspending Trump by a factor of two, she failed to inspire enough voters, even minorities and women repelled by Trump, to win the Electoral College vote.

Trump’s politics of support landed him in the White House but he arrived there an outsider, without a clear politics of power apart from his own prejudices and business interests. Rich though he may seem to most, he hails from the lower ranks of the US corporate world and was never socially acceptable in it. Indeed, his path to the Presidency may well have been a wager to compel acceptance among the US’s most exclusive corporate circles. It was a wager Trump won. Most business leaders lost no time in swarming around Trump and making their terms with him. As they did so, they put definition on his politics of power which was reflected in his cabinet: the richest, if not the most establishmentarian ever.

The key to decoding Trump is that the gap between his campaign rhetoric and his actions in power is precisely as wide as the unconventional electoral appeals he needed to make to get to power and the establishment commitments he acquired after he got there. The 2016 Presidential election campaign clearly required a heavy dose of populism – liberally laced as it was with misogyny and racism – which demonstrated some concern with working people’s interests. That was what lay behind the ‘isolationism’, protectionism and fiscal prodigality on the campaign trail. However, having successfully, and strategically, appealed to enough of the electorate in key districts to win the Electoral College vote, Trump has run eagerly into the establishment’s embrace, which was likely his goal all along. The necessary result was a wider gap between his politics of support and his new establishmentarian politics of power.

The real continuities underlying Trump’s apparently, grandiosely, anti-establishment gestures also become clearer if we appreciate on the one hand that this gap was pretty wide even under previous administrations and on the other that Trump’s stated goals may not be realised. Consider the repeal of Obamacare and Dodd Frank. On the one hand, Obamacare was fundamentally a bonanza for the insurance industry while Dodd-Frank ‘re-regulated’ the financial sector only to keep its brand of casino capitalism in the pink. On the other, the implementing both is expected to be dogged with such difficulties. We can expect that any modifications or replacements will display more continuity than discontinuity.

Internationally, Trump is no isolationist. As scholars in a tradition going back to the communists Charles and Mary Beard to the New Left icon, William Appleman Williams, to conservative veteran turned radical, Andrew Bacevich, today have demonstrated, the US has always been expansionist. That was what its business classes always wanted and want. Different presidents merely provided different justifying rhetorics: Clinton, for instance, gave us globalization and Bush, empire. Only diminishing US means and the resistance other states in a multipolar world have modified the pattern recently, ensuring the absence of a clear Obama doctrine.

Apart from the need to secure his own business interests, which, as in the Russian case, may require some modification in how threats are manufactured keep the military industrial complex booming and enemies made of states and rulers unwilling to do the bidding of US financial and multinational corporations, we should not expect divergence from the long-standing pattern zealous US expansion, limited only by its diminishing means and increasing, and increasingly effective, resistance abroad.

Since the 2016 election demonstrated the bankruptcy of the professional political classes and led to the election of an upstart outsider, friction between him and the establishment will continue to rock the US polity. Depending on how this relationship fares, and thus on how important it remains for him to secure his working class base for 2020, the distance between Trump’s politics of power and support will widen or narrow. However, two major differences between Trump and his predecessors should also be noted. First, the dog-whistle of Trump’s open racism and misogyny will certainly encourage the worst elements of US society and portend a rise in racist and gender violence. Secondly, Trump the egotist will think nothing of preferring grand gestures over coherent and careful policy-making and implementation unmindful of whether this causes confusion and mayhem for ordinary people for whom Trump’s contempt is hardly concealed.

Radhika Desai is Professor, Department of Political Studies and Director, Geopolitical Economy Research Group, University of Manitoba. Member of the editorial board of Defend Democracy Press