A big problem in the Turkish referendum 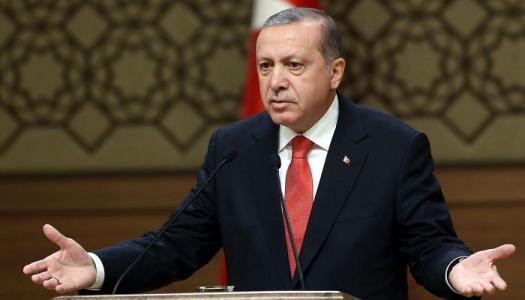 Murat Yektin
Main opposition social democratic Republican People’s Party (CHP) head Kemal Kılılçdaroğlu on Jan. 24 paid a visit to the monument in memory of journalist Uğur Mumcu on the 24th anniversary of the latter’s assassination. The murder still remains unsolved, though it had been claimed by two separate organizations: The Islamic Movement and Kurdish Hezbollah.

After paying silent homage together with Mumcu’s family members, laying red carnations and placing candles, Kılıçdaroğlu was about to get into his car when a reporter asked him to comment on a remark delivered earlier by government spokesman and Deputy Prime Minister Numan Kurtulmuş.

“Suicide bombings and assassinations may continue,” Kurtulmuş had told state-run Anadolu Agency in an interview with its editorial board broadcast live by news stations. “I believe the referendum process is a motivator for [terror organizations]. They [believe that they] can create an atmosphere of fear in Turkey by using terrorist organizations to block the ‘yes’ vote in the referendum … We are taking all kinds of measures against [terrorism], and after a big ‘yes’ vote in the referendum, the voice of terror will be cut off.”

He was talking about the referendum due to be held in Turkey in approximately two months on whether to shift to an executive presidential system. The referendum follows fierce debates in parliament.

When asked about Kurtulmuş’s remarks, Kılıçdaroğlu turned around and said the following: “[His words] effectively mean ‘we are feeding terror, we overlook terrorist organizations and people are getting slaughtered. But if you choose us and help bring about a presidential regime, a one-man regime, terrorism will stop. That is a very unfortunate confession. I am sad and embarrassed to hear such a comment.”

In response, Kurtulmuş stated via his Twitter account that it was “a pity that the opposition leader has misunderstood what I said, removed it from its context, and made an unfortunate comment on it.”

The CHP head has long claimed that the proposed shift to an executive presidency could turn into a “one-man rule” under President Tayyip Erdoğan.

The ruling Justice and Development Party (AK Party) managed to get its amendment package passed through parliament to a referendum with the help of the Nationalist Movement Party (MHP).

Recently figures from the AK Parti, from Prime Minister Binali Yıldırım to lower ranking members, have started to adopt rhetoric implying that the CHP and the Kurdish problem-focused Peoples’ Democratic Party (PYD) are united together in the “No” front, despite CHP statements.

Both the AK Parti and the MHP denounce the HDP as the “legal extension” of the outlawed Kurdistan Workers’ Party (PKK), which for three decades has carried out terrorist attacks killing thousands of people in Turkey.

The CHP fears that such rhetoric feeds into subliminal messages to voters that whoever votes against the presidential system is voting on the same side as terror. Indeed, this language may well become more explicit during the upcoming referendum campaign.

The government should refrain from this kind of strategy, which has the potential to sideline up to half of the population thinking of voting “No” as “terrorists” or “terrorist helpers,” further deepening the dangerous polarization in Turkey.