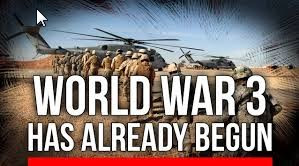 Brazil and South Africa are being destabilized with fabricated political scandals. Both countries are rife with Washington-financed politicians and Non-Governmental Organizations (NGOs). Washington concocts a scandal, sends its political agents into action demanding action against the government and its NGOs into the streets in protests.

To destablilze Russia, Washington needs a firmer hold inside Russia. In order to gain a firmer hold, Washington worked with the New York mega-banks and the Saudis to drive down the oil price from over $100 per barrel to $30. This has put pressure on Russian finances and the ruble. In response to Russia’s budgetary needs, Washington’s allies inside Russia are pushing President Putin to privatize important Russian economic sectors in order to raise foreign capital to cover the budget deficit and support the ruble. If Putin gives in, important Russian assets will move from Russian control to Washington’s control.

In my opinion, those who are pushing privatization are either traitors or completely stupid. Whichever it is, they are a danger to Russia’s independence.

and of Washington’s attack on Brazil: http://www.mintpressnews.com/brics-attack-empire-strikes-back-brazil/214943/

For my column on Washington’s attack on Latin American independence, see: http://www.paulcraigroberts.org/2016/04/22/washington-launches-its-attack-against-brics-paul-craig-roberts/

As I have often pointed out, the neoconservatives have been driven insane by their arrogance and hubris. In their pursuit of American hegemony over the world, they have cast aside all caution in their determination to destabilize Russia and China.

By implementing neoliberal economic policies urged on them by their economists trained in the Western neoliberal tradition, the Russian and Chinese governments are setting themselves up for Washington. By swallowing the “globalism” line, using the US dollar, participating in the Western payments system, opening themselves to destabilization by foreign capital inflows and outflows, hosting American banks, and permitting foreign ownership, the Russian and Chinese governments have made themselves ripe for destabilization.

If Russia and China do not disengage from the Western system and exile their neoliberal economists, they will have to go to war in order to defend their sovereignty.