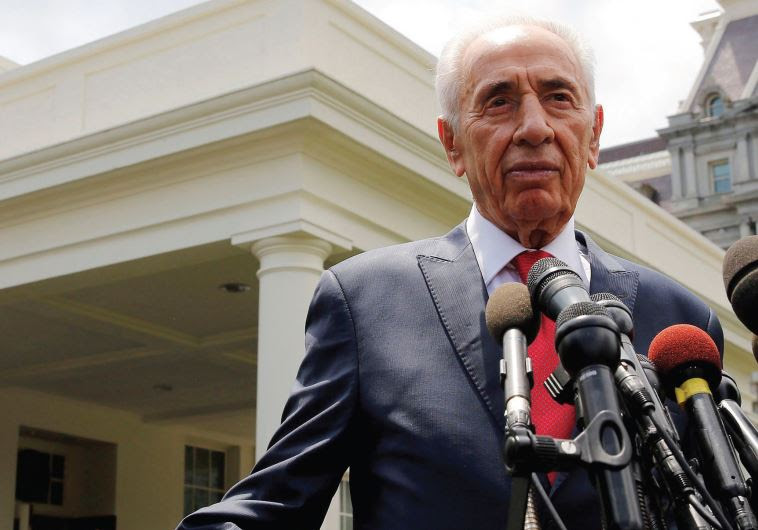 When Shimon Peres wrote his book, The New Middle East, in 1993, he was not imagining a world like we’re currently living in today. Peres’s vision was not based on data or any familiarity with the religious groups or nations that surround us. It did not focus on specifics, such as borders, relationships, tourism, economy and mutual prosperity.

Innocently enough, Peres thought that if Mahmoud Abbas was ready to sign the Oslo Accords, then this also meant that Palestinian leaders and Arab states were open to carrying out real change. He certainly didn’t foresee the murderous barbarians who in the name of radical Islam are now taking over the Middle East with no one to stop them.

Twenty-two years later, we are now in the year 2015, and – lo and behold – we are living in a New Middle East. And there’s also a New Africa and a New Europe and a New United States.

The dream Peres had about secure borders, peaceful relations, a thriving tourism sector and strong economy has been shattered.

Instead of an Arab Spring, we are experiencing a Global Winter. The Lebanese government disintegrated long ago and the country has become a no-man’s land controlled by Hezbollah terrorists supported by Syria and Iran. Egypt, which is considered the most stable Arab country in the region, has undergone two violent regime changes in just a few years. The civil war in Syria, which began four-and-a-half years ago, has led to the almost complete disappearance of the Assad regime and has allowed ISIS’s murderous gangs to take over huge sections of Syria. And now the Russians and Iranians are taking over areas that are technically under Assad’s control in an effort to fight ISIS forces. All the above is taking place as the rest of the world stands by and watches with indifference.

For years now, the UN has been almost openly anti-Semitic and flagrantly prejudiced as it unabashedly promotes policies that harm the State of Israel. This can be seen in every decision and condemnation the UN has been made over the years. Why is the UN so obsessed about every little incident that happens over the Green Line in Israel, but manages to completely ignore the genocide taking place just across the Syrian border and the terrorist activity being carried out by Iran and ISIS? In a recent interview, outgoing Israeli Ambassador to the UN Ron Prosor commented on how most UN member states are anti-democratic or Muslim and very few are democracies or have any real knowledge of the Middle East conflict.

From the way European countries are dealing with the current immigration crisis, it is quite clear that they have no idea what is actually happening in this part of the world.

Instead of using their energy and resources to promote UN resolutions that would combat ISIS’s murderous takeover of huge sections of Iraq and Syria, and instead of fighting against Hezbollah which has turned an entire state into its own private training field, the Europeans prefer to spend their time marking Israeli products that were manufactured over the Green Line, boycotting Israeli academics and hosting hundreds of thousands of Syrian refugees, among whom are hundreds of ISIS activists. The EU has no idea what it is getting itself into.

In days of yore, the United States would take a firm stand against its enemies, but this is no longer the case. Since President Barack Obama took office, America’s role as the global sheriff has almost completely come to an end. US forces have been withdrawn from almost all of the problematic areas around the world and the Russians, Turks and Iranians have not wasted any time before filling the vacuums left behind.

So what did we end up with in the end? The Middle East has completely lost its old shape and form. Borders are moving, regimes are crumbling, and entire ethnic groups are being forced out of their homelands by violent interlopers. Europe is currently undergoing huge changes as hundreds of thousands of Muslim refugees flood the country and radical Islam becomes more widespread. Russia is reestablishing control over lands that not too long ago were part of the Soviet Union and the British are busy pretending that it is not being affected by activity on the mainland. The Americans are busy with domestic and economic issues and are hoping with all their might that the nightmares taking place around them will all be gone by the morning.

The entire world is undergoing extensive changes and nothing will ever be the same again. In this world of chaos where people don’t realize the ramifications of current events, the people of Israel should not expect any help, support or understanding from outsiders. The entire world is changing right before our eyes. Not only are we experiencing a New Middle East, but we are watching an entirely New World form right in front of our eyes. It’s certainly not going to be boring.