Syria - Preparing For The Next Major Push 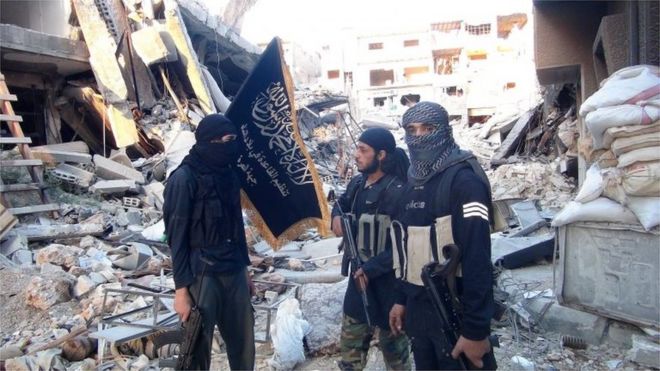 By Moon Of Alabama

"Information Clearing House" - "Moon Of Alabama" - There seems to be some progress in the regional "games" around the conflict in Syria. The Turkish Prime minister Davutoglu currently visits Iran. The Iranians let some lucrative economic projects dangle in front of his eyes. But the main points were about Syria. According to this Turkish source Davutoglu said these issues were agreed upon:

#Turkish PM Davutoglu: We've reached on deal with #Iran for 5 matters: 1) A joint visit to #Jordan to discuss on #Syria, on coming days (1)

5) The joint act to defeat all kind of terrorism inc. #Isil in the geography of #ME. (3)

This smells like an bit of change in the so far rigid Turkish position.

Russian military transport traffic through the Bosporus has markedly increased. A lot of new trucks, tanks and artillery are coming to Syria. In the summer the Russian aircraft carrier will take station at the Syrian coast. This is likely the build up for a major campaign.

Meanwhile the U.S. is building a second (small) airport in north east Syria to, allegedly, support its Kurdish proxy forces there in the fight against the Islamic State. Syria and Russia should be very careful in allowing such creeping occupation. It is difficult to get rid of such U.S. incursions once they are established.

On Friday another U.S trained, paid and armed force, probably only a few dozen or so, attacked the Syria-Iraq border crossing at Tanaf which was in the hand of the Islamic State. The "rebel" marketing campaign claimed that this group was the "New Syrian Army". The border crossing is also near the Jordan border from where these fighters came. They had U.S. (or Jordan) air support and managed to capture the handful of lone buildings in the desert that constitute the station. But 24 hours later the Islamic State said it was again in full control of it. If true, and I believe it is, this "new Syrian army" is a sad joke and will not play a role in the race to Raqqa.

In total everyone seems to use the current relative quiet of the "cessation of hostilities" to move into launch positions for a possibly final campaign against IS and the other objectionable subjects. It will be a hot summer in Syria.