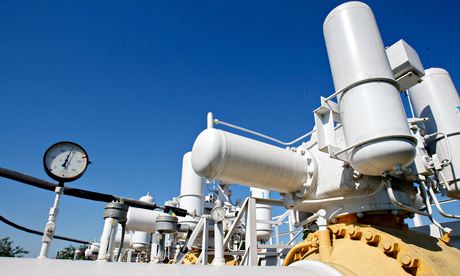 In pipeline politics Russia has the upper hand – and a blend of energy sources, though expensive, would ensure future supplies

The implications of Russia's turn eastward to seek a new energy partner should raise concerns in Europe over its own gas supply and wider energy security.

Gazprom's share of Europe's gas market reached approximately 30% in 2013. As the Ukraine crisis has soured relations between Russia and Europe, both sides are looking to diversify.

Europe's need to diversify away from Russian gas is hardly new. Russia's tendency to use gas as a political tool to put pressure on Ukraine and Europe has demonstrated the risks of relying on one partner. More globally, growing concern around climate change and its impact on national security as a "threat multiplier" has lent support to the world's reduced use of fossil fuels. Yet events in Ukraine and the Sino-Russian gas deal have accelerated the urgency with which Europe needs to seek new energy sources.

We still have some time to do so. Despite the deal with China, Russia in the short term will continue to need the European market. The 38bn cubic metres it plans to export to China is small compared to the 161.5bn cubic metres it exported to Europe in 2013. It is likely that China received some concession on price, given that this was the major sticking point delaying the deal since the discussions began, but it means that Russia's exports to China will not replace the revenue Russia relies on from its European exports. Russia will also have to pay to build the pipeline infrastructure to China, and gas will only be transported from 2018.

But there is no doubt that, in the long term, Russia gains the upper hand in pipeline politics over Europe by engaging with an alternative gas partner. It may threaten to divert gas earmarked for Europe to China. In theory, this may be an empty threat, given that even the optimum target capacity of 60bn cubic metres to China is still low compared to Russian exports to Europe. But even so, any leverage Europe had in such gas disputes with Russia will diminish. Ukraine and eastern Europe would suffer most from this decline given Ukraine's current instability. Ukraine seems unlikely to recover its political relations with Russia.

The challenge for Europe is that there is no single alternative that could fully displace Russia's supply volumes or match its price. Developing alternative sources will take time. Liquid nitrogen gas is an option available from a number of sources, namely Qatar, Nigeria and the US, but the cost of importing it will be higher than the cost of importing gas, and new infrastructure will be required to receive shipments.

Renewable energy is attractive from an energy security perspective, but it is not reliable and will not produce quantities comparable to fossil fuels. Azerbaijan and, more promisingly, Turkmenistan are options. But this will not satisfy European demand in full and is only set to come online for Europe in 2019. Shale gas is a potentially powerful alternative, but it comes with its own challenges. Governments have faced social protest against fracking at home; France and Bulgaria have banned it. Reserve estimates can turn out to be underwhelming, as seen in Poland.

Given its position as a gas exporter, Russia was able to act quickly in diversifying its customer base by turning to China. As a gas customer, Europe does not have this flexibility. Yet Europe can learn from the expediency with which President Putin reacted to the shifting political and economic landscape in the wake of Ukraine to sign a deal with China. A blend of alternative energy sources for Europe will no doubt cost more, but Europe's energy security depends on diversification along these lines.

Europe is unlikely to become completely free from Russian gas in the near future. But it is a security risk to rely too much on one partner and it makes sense to have less energy dependence on Russia, or on any one energy source. Less energy interdependence with Russia would probably benefit both sides. For security reasons, it would certainly benefit Europe. http://www.theguardian.com/commentisfree/2014/may/26/russia-gas-deal-china-europe-energy-security-danger