Research on the Islamic State, Syria, and Iraq 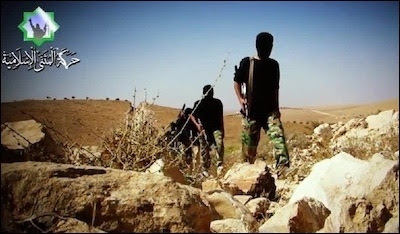 As his writings and translations tend to be too detailed for a general readership, we periodically compile links and summaries for those wishing to learn about the groundbreaking work of this prolific researcher.

Jawad al-Tamimi examines Harakat al-Hawiya al-Arabiya al-Druziya (The Arab Druze Identity Movement), which emerged circa October 2015 in Suwayda province in response to the growing influence of Iranian and other foreign Shi'ites who have flooded into the country to support the forces of Syrian President Bashar al-Assad. While most Druze leaders in Syria outwardly support the regime, the movement accuses Assad's Iranian allies of "conditioning the Druze to the idea of accepting" conversion to Shi'i Islam. Though the movement appears to have a growing presence on the ground, the author concludes that "it is still in a nascent stage and not able to mobilize in order to organize demonstrations or form a militia wing."

Translation and analysis of an Islamic State treatise on the reform of the education system under its rule. Unable to produce from within its own ranks sufficient teachers and other educational staff "to implant the values it espouses in its population," the document calls for the rehabilitation and reeducation of existing personnel who ran schools under the Assad regime. Since "they are guilty of apostasy by virtue of their affiliation," the treatise explains, they must "repent" and study textbooks on IS religious doctrine.

Analysis of the appointment on March 8 of Abu Abdullah al-Madani to head Liwa Shuhada' al-Yarmouk (Yarmouk Martyrs Brigade–LSY), a pro-IS militia based in southwest Deraa province along the border with the Golan Heights. Qahtan, a jihadi veteran of Palestinian Syrian origin, was appointed following the assassination of LSY's first leader, known as al-Khal, in November 2015. Given the fact that LSY does not have an appreciable number of foreign fighters in its ranks, the appointment of Madani, who is of Saudi origin, "appears to be the strongest evidence yet of links between Liwa Shuhada' al-Yarmouk and IS."

A brief analysis of fighting around the Syria town of Azaz, administered by the Northern Storm Brigade, and translations of several short municipal documents, including two Shari'a court notifications.

An examination of the origins of the alliance between LSY and IS. Although LSY began openly shifting toward IS after coming into conflict with the Al-Qaeda-aligned Nusra Front in 2015, Jawad al-Tamimi cites sources close to the movement as indicating that secret connections were established in the summer of 2014, following the IS declaration of its Caliphate and the suspension of aid to LSY by the US-backed Military Operations Command of (MOC) in Amman, Jordan.

Harakat al-Muthanna al-Islamiya (the Islamic Muthanna Movement–HMI) suffered major defections in March.
The Fitna in Deraa and the Islamic State Angle (March 26)
Jihadology
Jawad al-Tamimi discusses three Sunni jihadist militias in Syria's Deraa province known or suspected to have pro-IS loyalties: Yarmouk Martyrs Brigade (see above), Harakat al-Muthanna al-Islamiya (Islamic Muthanna Movement–HMI), and Jama'at Bayt al-Maqdis al-Islamiya (The Islamic Bayt al-Maqdis Group–JBMI). JBMI has begun to fragment owing to its leadership's decision to form a joint operations room with Free Syrian Army (FSA) groups in the region. The author suggests that "a fragmenting of HMI along regional lines" may be on the horizon.

In a follow-up to his Jihadology article above, the author translates and discusses a new statement issued by the "Deraa al-Balad" contingent of HMI announcing its defection from the group and the formation of a new Katibat al-Murabitun (Sentinels Battalion).

The Retaking of Palmyra from the Islamic State (March 28)
The Daily Beast
Jawad al-Tamimi analyses the recapture of Palmyra from IS by pro-regime forces on March 27, which is "another sign that IS has more or less passed the peak of its military power on the Syrian battlefield."