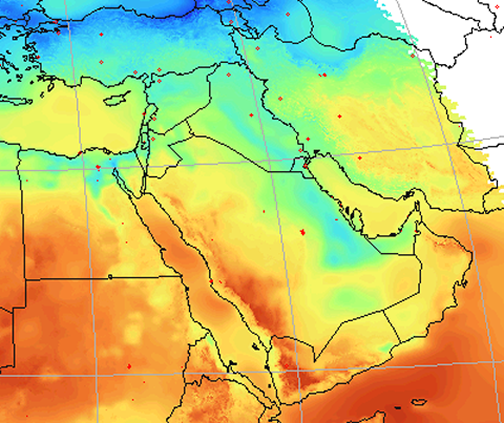 The game has changed in energy. Its rules and players, too. The real game-changer in this new age is the rising gas production in North Americafrom shale basins, which is transforming the global gas market.

Russia’s energy influence has also declined recently as a result of global game-changers, Moscow’s inability to effectively and swiftly respond to them, and the domestic re-positioning of its energy actors. There is a growing understanding among Russian elites of the need for strategic change in the national energy policy. We will soon witness several major changes from the Kremlin, which will drastically change Russia’s energy landscape. China is on an oil and gas shopping spree. Deep-pocketed Chinese energy firms have started to flex their muscles. They are snapping up foreign oil and gas companies at an increasing clip. Of the 10 biggest foreign mergers or acquisitions from Chinese companies this year, seven have been in the energy sector. With only one supplier, depressed European demand and other alternatives available, it is difficult to speak yet of a genuine Southern “Corridor”. Its fore-runners, TANAP and TAP, are about to be started with final investment decisions to be made in December 2013. This Corridor is expected to cultivate partners in the Caucasus and Central Asia and bolster their sovereign independence, and perhaps most importantly, curtail Russia’s energy leverage over European NATO allies. Beyond Shah Deniz II gas, securing additional supplies for the Southern Corridor is crucial. Turkmenistan’s conventional natural gas supply, the world’s fourth largest, could join the Southern Corridor by constructing a Trans-Caspian Pipeline. However, a combination of inscrutable leadership, geopolitical pressure from Russia, and an investment climate unfriendly to energy majors has hampered progress. To fulfill the potential of the Southern Corridor, gas from new sources should be mobilized. Once the connection is completed, further sources of supply may start to follow, but that is

dependent on the domestic political developments in these potential supplying states (such as Turkmenistan), developments in the region (Iraqi Kurdistan, Cyprus and Israel) and geopolitical changes (Iran), and these all currently remain for the time being distant possibilities. Iran is an enigma – a country always expected to become a major exporter that became a net importer. Iran’s quick comeback in world trade may have significant consequences in the region and on oil and gas prices with additional supply to the markets. A more stable region will offer good prospects for everybody, but again the normalization may take time too. As we see at the moment, the lifting of sanctions will be very gradual. If all goes well, the preliminary agreement between Iran and the five permanent members of the U.N. Security Council plus Germany would ensure the peaceful nature of Iran’s nuclear program and ultimately reintegrate it into the international community. In doing so, it would not only remove the threat of a debilitating war with Iran and prevent a nuclear arms race in the Middle East and North Africa, but also return the Islamic republic to the center stage of the region’s energy and geo-politics. Nonetheless, Iran’s return to the international community is likely to provide the incentive for it to constructively contribute to ending the bitter civil war in Syria, breaking the stalemate in fragile Lebanon where the Shiite militia Hezbollah plays a dominant role, and furthering efforts to achieve peace between Israelis and Palestinians. That would also take some of the sting out of the region’s dangerous slide into the sectarian Sunni-Shiite conflict. Iran’s incentive to become more cooperative is the fact that the resolution of the nuclear issue would involve acknowledgement of the Islamic republic as a legitimate regional power, one of the seven regional players - alongside Turkey, Egypt, Iraq, Saudi Arabia,Israel and Pakistan - that have the ability or economic, military and technological strength to project power. It would also allow Iran to capitalize on the geostrategic gains it has made despite its international isolation. Iran is likely to be further motivated by an easing and ultimate lifting of the sanctions that will allow it to address boiling domestic social and economic discontent. The Middle East will remain a fundamental energy player, and global energy markets and geopolitics will continue to be dominated by conventional hydrocarbons and traditional energy players. It is true that the U.S. preferences for providing energy security abroad may tend to be diminishing, but this is unlikely to result in a strategic retreat in key regions like the Middle East. European policy-makers should not be comforted by the hope that the unconventional revolution will reduce their suppliers’ market power. In any case, conventional supplies will endure at the core of the EU’s energy geopolitics.

In these still unsettled power shifts, Turkey has the potential to be one of the main beneficiaries of the game-changing developments across the globe in general and in the region, in particularly in terms of avoiding supply disruptions, easing the burden of high energy prices on its international competitiveness, curbing the current account deficit and enhancing people’s purchasing power. What Turkey possesses to compensate for its energy supply deficiency is the best geographic position between the world’s second-largest natural gas market, continental Europe, and the substantial gas reserves of Russia, the Caspian and Black Sea basins, the Middle East/Gulf and the Eastern Mediterranean. Turks are not content only to be a simple “bridge” over which energy flows; they aspire to become a regional “hub.” The country’s inherent geography - its classic position as a crossroad between East and West, between North and South - makes it the natural choice to become such a regional center for trading oil, gas and petrochemicals. Yet, being a regional energy hub is not just having pipelines crisscrossing your territory. For Turkey to function as a regional, trusted hub, it must be able to import enough gas to satisfy both domestic demand and any re-export commitments. It should also liberalize the markets following good international practices, develop an integrated multi-disciplinary energy management system, pursue “soft-power diplomacy,” avoiding sharp confrontations, invest in human capital and technology innovation, build “energy champions,” operating like their successful international peers, and put the right governance structures and sound infrastructure in place.