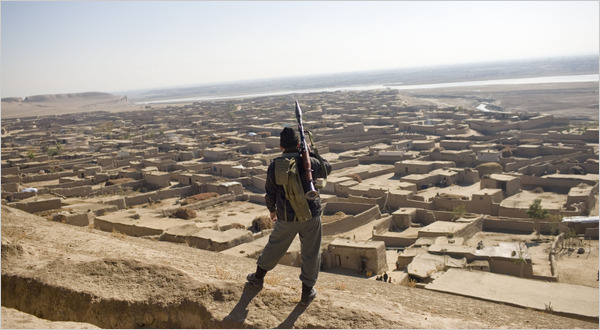 Zakir Hussain
The fall of Kunduz seems to have set in motion a domino effect with the Afghan Taliban forces threatening to overrun the other neighbouring northern Afghan provinces.

Baghlan could be the next. Fierce fighting is also reportedly raging in Badakhshan and Faryab as the Afghan government forces face their most serious test yet.

The residual US forces can hardly be expected to stop the Taliban advance from the militia’s traditional stronghold in eastern and southern Afghanistan. The bombing by US jets on a Médecins Sans Frontières hospital in Kunduz that killed and injured scores of people has only served to further alienate the local population.

The battle for Afghanistan may be far from over, but the latest development is a grim reminder of what has long been feared. Can a fractured Kabul administration withstand the growing insurgent offensive with diminishing Western interest in the war-torn country? The prospects are bleak.

A real problem for the Afghan security forces is the crisis of confidence that has been more than evident in Kunduz, where over 7,000 soldiers failed to defend the city against a far fewer number of insurgents. Reports from Baghlan and other northern districts have not been encouraging either. Desertions have increased further in the face of the growing intensity of Taliban attacks.

Parts of Kunduz province have been under siege for more than a year, but the Taliban’s inroads in other northern provinces have been quite startling, shifting the battlefront away from the insurgent heartland in the south.

A major factor in the latest offensive is the coalescing of various transnational militant groups driven out by the Pakistani military operation in North Waziristan. The fighting close to the Tajik border has inevitably alarmed the Central Asian nations facing their own militancy problems.

The Taliban escalation is a clear indication of Mullah Mansour consolidating his control over the group. Any challenge to his leadership seems to have vanished after the son and brother of Mullah Omar finally pledged their allegiance to the new emir. It has also proved wrong the widespread perception of the insurgent group disintegrating after the death of their ‘supreme leader’.

Despite their spectacular success in Kunduz and the rise in their influence in some northern territories, there seems to be no possibility of the Taliban winning this war. But this continuing civil war has serious repercussions for Afghanistan and beyond. The growing influence of the Taliban in Afghanistan is a serious concern for the region, especially for Pakistan confronting its own grave militancy problem.

Pakistan’s predicament has worsened with the breakdown of its relations with President Ashraf Ghani’s government after a brief period of bonhomie. Hostilities have further heightened with the escalation in Taliban attacks ending any possibility of the resumption of negotiations between Kabul and the Afghan Taliban.

The hopes raised at the Murree talks have all but vanished. Neither the Taliban nor Kabul is willing to move forward at the moment putting Islamabad in a tight corner.

President Ghani’s anger against Islamabad for not stopping the Taliban offensive may be exaggerated, but is not completely unfounded. He had put his government at stake by reposing full trust in Pakistan to not only deliver the Taliban to the negotiating table, but also to force them to stop insurgent attacks.

While Islamabad was able to persuade the insurgents to talk, it does not seem to have enough clout to convince them to cease violence. Pakistani officials contend that a ceasefire could have been possible after a few more rounds of talks. But it was not to happen. Now the Afghan president wants Islamabad to take action against the Taliban leaders and the insurgent sanctuaries on its soil.

That would be tantamount to Pakistan declaring a full-scale war on the Afghan Taliban leaders and fighters who are now deeply entrenched in the border regions. Our past policy of allowing Afghan Taliban sanctuaries and recruitment of fighters has surely helped the insurgents regroup and develop critical logistic support and supply lines.

It has also helped the Afghan Taliban get strategic depth in Pakistan making it very difficult for us to now take action against them. Pakistani officials contend that it is an unfair demand on the one hand to push the Taliban to talk and on the other to kill Taliban leaders based in their country.

The latest Taliban blitz has brought back international pressure on Islamabad to act particularly against the Haqqani network that is still deemed close to the Pakistani security establishment. Notwithstanding military operations in North Waziristan, there is widespread scepticism on Islamabad’s promise not to allow the network to use the region as its base.

Reports of Mullah Mansour freely roaming around Quetta, and gaining the allegiance of insurgent commanders in mass gatherings, have further provoked the ire of the Ghani administration.

It is unfair to put the entire blame on Pakistan for the military debacle and the current political instability in Afghanistan. A flawed US military strategy and the failure of a fractious Afghan power elite are largely responsible for the present state of affairs in the strife-torn country.

Yet, there is no denying that most of the Taliban leaders operated from their bases in Pakistan and received invaluable logistical support to keep the insurgency going. It may be true that there has been belated realisation of the threat emanating from militancy to the internal security of the country itself. But we are still not clear as to how to deal with the current predicament.

The latest Taliban offensive and the militia’s capture of Kunduz have further complicated Pakistan’s internal security dilemma. It is true that the hostile reaction from the Kabul administration has not helped, but we need to review whatever relations we have with the Afghan Taliban in our own interest and that of regional security. The Taliban leaders must not enjoy our hospitality while refusing a ceasefire.