Now North Korea has nothing to lose 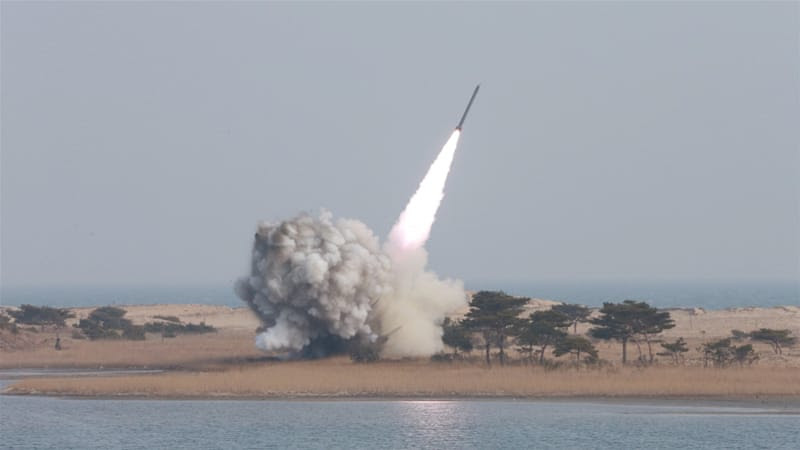 Andrei Lankov
Last Monday the North Korean government told the world that we should ready ourselves for a nuclear war on the Korean Peninsula. According to the official statement, North Korean armed forces "have a military operation plan of our style to liberate south Korea and strike the US mainland".

Usually, news editors love such statements from Pyongyang - they make for catchy headlines, after all - while North Korea watchers meet this bellicosity with indifference. Such statements are made a little too regularly.

This time, things might be more serious. Pyongyang may have no intention to start a nuclear war, but recent developments make a confrontation in Korea more likely than ever.

The game changer is the UN Security Council Resolution 2270, which was passed on March 2 in response to a nuclear test North Korea conducted in January, followed by a missile launch in February. Resolution 2270 is much tougher than earlier resolutions and is, essentially, unprecedented.

Among other things, it bans North Korea from exporting such minerals as gold, titanium, and vanadium. It might even ban coal exports, though the wording is somewhat ambiguous. These minerals constitute well over half of North Korea's exports, with coal alone accounting for some 40 percent.

A ban on the sale of aviation fuel to North Korea is introduced, as well as harsh restrictions on North Korean shipping, financial operations and the like.

Meanwhile, the US is going to sanction the third countries' banks and other companies which are engaged in transactions with North Korea. If fully implemented, such measures would completely exclude North Korea from the global finance system.

If the sanctions are enforced systematically, North Korea would suffer a major blow. Its economy, which began to recover in recent years, is likely to shrink again and its living standards will certainly go down.

It is the inevitable outcome when half the country's export earnings evaporate overnight. This encourages supporters of sanctions who believe that these unprecedented measures will push North Korea to the negotiating table and may even lead to the end of North Korea's nuclear programme.

Unfortunately, these expectations are unfounded. The North Korean ruling elite believe that the country needs nuclear weapons to counter foreign threats, and they remember well the sorry end of Muammar Gaddafi, the only strongman who agreed to surrender his nuclear programme.

Nor do they forget what happened to Ukraine, a country which, in 1994, was given international guarantees over its territorial integrity as a reward for its willingness not to retain Soviet-era nuclear weapons.

At the same time, short of an armed rebellion, the North Korean public had virtually no way to influence government policy - after all, this is the country which since the late 1950s claims 100 percent support for government-appointed candidates at all elections.

It is apt to remember that the North Korean nuclear programme took its shape in the 1990s and early 2000s, during the devastating famine when nearly one million North Koreans starved to death.

This time, there are no reasons for Pyongyang's attitude to be any different. The sanctions will make life more difficult for North Koreans, but they will hardly deliver the intended result.

However, unintended results are likely. Feeling cornered, the North Korean government might resort to its old tactics of crisis manufacturing: first, to create a dangerous situation, and then extract concessions as a reward for their willingness to back off.

Now Pyongyang has virtually nothing to lose. After Resolution 2270, it is difficult to imagine what else can be done by the outside world to push this rogue state even harder. So, one should be prepared to see whether tough words from Pyongyang will be followed by tough action, perhaps even involving the use of arms.

Nuclear weapons are not likely to be used, of course - but given the general tensions, and oft-repeated willingness of the South Koreans to strike back mightily - even a few artillery shells might provoke a bloody confrontation.

So, the decisions of the UN Security Council do not make the Korean Peninsula more secure, and they do very little towards alleviating the nuclear threat.