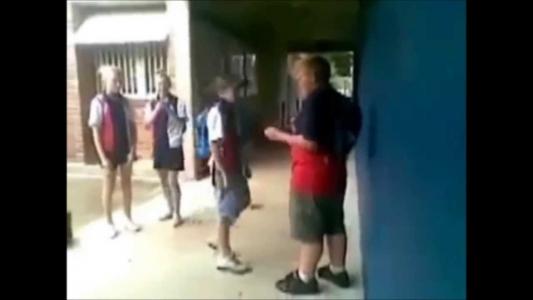 Burak Bekdil
In 2004 when the then prime minister, Recep Tayyip Erdoğan, was receiving praise after praise from the West’s blind leaders for his “reformism and supreme democratic credentials,” he abruptly reverted to his Islamist self: He drafted a bill that would outlaw adultery. Under pressure from Brussels, he had to drop the idea, but since then, he has danced around the theme of outlawing “sins” stated in the Islamic holy book.

In 2004, the progress report recommended the start of formal accession talks with Turkey, partly because Brussels, too, was blinded by Mr. Erdoğan’s “reformism and supreme democratic credentials,” and partly because of reasons of realpolitik: Why dismiss a fat school bully from the school and turn him into a genuine vagabundo in the neighborhood with entirely unpredictable behavior, most probably criminal, instead of trying to turn him into a good boy?

Very rational. Nevertheless, unrealistic. The school principal missed one very important point: The fat school bully privately hated his neighborhood, his school, his teachers and his classmates. He had enrolled at the school only to earn a diploma. He never felt he belonged to the school. Nevertheless, he thought he could fake and win that diploma while refusing to comply with the school rules. Now he is threatening loudly that he will smash the school’s windows if his teachers keep reporting his bullying.

In fact, back in their “reformist years,” Mr. Erdoğan and his fellow Islamists had a totally different agenda. For instance, Ali Babacan, then foreign minister, said in 2004 that the removal of the campus ban on the Islamic turban aimed at “expanding rights and freedoms to join the European Union” and that “the debate around the turban was weakening Turkey’s image abroad.” Mr. Babacan further claimed that the removal of the ban would “turn Turkey into a first-class democracy where freedoms in all fields are enjoyed fully.”

After 12 years, there is no campus ban on the Islamic headscarf but – forget about it being a first-class democracy – Turkey is probably less than a hybrid democracy under emergency rule. Its democracy – now merely a headcount democracy – resembles less a Western democracy and more the situation following the post-1980 coup in the country.

Europe is guilty about its fat school bully problem. In a better world, not even a cat would believe that the removal of a ban on Islamic headgear could be linked to “expanding rights and freedoms to join the European Union” or “turning a country into a first-class democracy where freedoms in all fields are enjoyed fully.” Europe’s myopia, if not total blindness, was one of the factors that augmented political Islam in Turkey.

Now the fat school bully has grown a moustache, is fatter, bigger, stronger and more bullyish. He is not only causing perpetual havoc at home but also in the neighborhood and at school. What should be done?

Unfortunately, there is not too much to do. The good news is that the schoolteachers no longer view the fat school bully as a sweet little innocent boy who deserves to get good marks and graduate – which once they did.

All the same the belated realism may not protect the school windows from stones thrown by the school bully. Worse, when you have a fat school bully on campus, the building’s windows are not the only things under threat. Who knows what other potential damage tomorrow may bring?