Blustering towards an escalation? 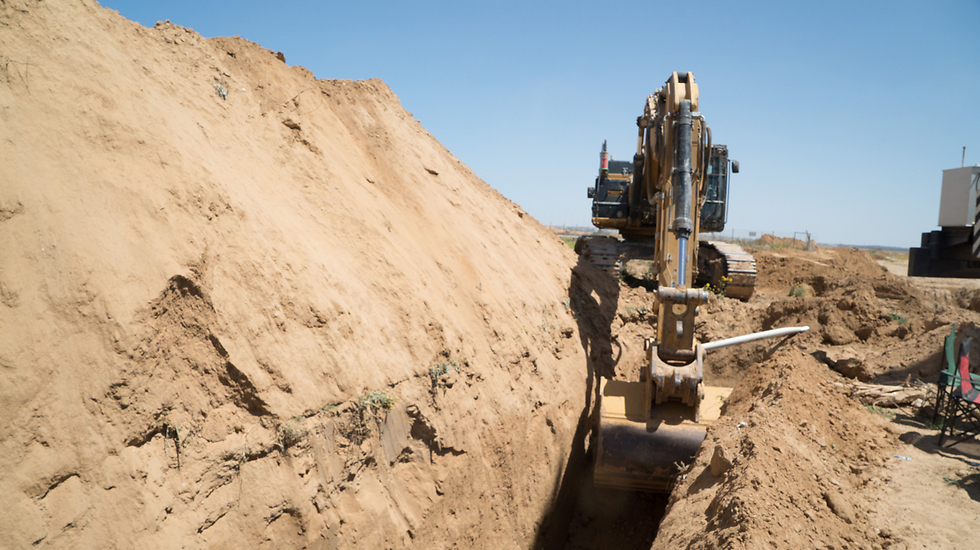 Ron Ben-Yishai
Analysis: Hamas's political and military wings are finally appreciating Israel's prowess at tunnel-detection;
Something's clicked apparently with Hamas's military wing. Its members and leader, Mohammed Deif—the father of the tunnels project—have begun to understand that the IDF has finally developed a way to locate the attack tunnels that they dug underneath the border from Gaza into Israel. Thanks to this method, the Izz ad-Din al-Qassam Brigades' leaders have understood, the IDF is undertaking intensive and accelerated operations and has already discovered at least two tunnels.

The moment that the Brigades' leaders understood this fact, they found themselves with a severe dilemma: Do they act immediately via their tunnels and other means before they lose their main strategic asset? Or do they refrain from operations and come to terms for now with the fact that Israel will uncover at least some of the tunnels and search for other methods to surprise Israel in the next round?

Their dilemma stems from two central facts. One is that the military wing of Hamas still isn't ready for another round of fighting with Israel on the scale of Operation Protective Edge. The second is that the population of Gaza is unable to endure the pain and hardship which will be the result of any major military operation in Gaza that would only worsen the situation further. Not before they restore the destruction of Protective Edge.

As a result, Hamas fears a major confrontation with Israel at the present time, especially because it's likely that Hamas would lose its political power due to a popular uprising against it.

Hamas has therefore chosen the middle path. The moment that Israel uncovered the latest tunnel, Hamas started shooting "deterrence fire," intended to cause the IDF, out of fear for the safety of its soldiers and workers in the field, slow down its operations.

At the same time, this mortar fire is Hamas's way of sending a message to Israel: If you keep looking for our tunnels, we're likely to go crazy, and a war will break out. This is basically what has happened since the latest tunnel was uncovered.

The IDF was not deterred by Hamas's mortars, though this is the first time since Protective Edge that the Gazan terror organization independently fired directly at IDF forces.

The IDF chief of staff, who views tunnel detection as the military's top priority to maintain Israel's defense and sense of security for the residents of the Gaza border region, hasn't stopped or slowed down any efforts for a moment. To the contrary, with the permission of the prime minister, the defense minister and the cabinet, the operations have been increased, the forces strengthened, and detection efforts heightened.

Despite this, it's possible to assess that there are behind-the-scenes talks going on between the Hamas political and military leadership. The leaders of the military wing initiated the fire directed at Israeli forces, even though they know that it may bring about a harsh response from the IDF, which so far has only been tank fire and strikes from the air force.

I hasten to add that as a result of pressure from the political wing—which wants to mitigate the threat of another round of violence—the military wing will be careful not to accurately shoot at the IDF, but only fire in its general direction, at least for now.

However, the military wing is still at least considering, or so it seems, whether to attack the IDF Engineering Corps to mitigate the discovery of additional tunnels, even if the price for such an attack is an intense escalation.

The political wing is worried about the plight of the civilian population and is trying to convince the military wing to avoid an escalation, even a partial one, because it could evolve into a much larger and unintended confrontation.

Evidence of this disagreement can be seen in the public statements released by the political leadership which claim that Egypt will mediate a further de-escalation between Israel and Hamas. These statements are baseless; Egypt will not broker any de-escalation, and IDF forces that left the security perimeter that is located on Palestinian territory left because they finished their jobs. But the political wing is using this fact to offer the military wing a ladder to use to climb down from their figurative tree.

It currently seems that the military and political wings of Hamas, together with the State of Israel and the IDF, have no interest in an escalation, and everybody wants to avoid one. But Hamas's military wing is still entangled in the dilemma, and it will have to decide if it will risk losing its attack tunnels and search for a new course of action to strategically surprise Israel in the next round, or if it will take the route of the biblical Samson and destroy itself together with the Philistines. Or, in this case, the tunnel-finding Israelis.
http://www.ynetnews.com/articles/0,7340,L-4799924,00.html