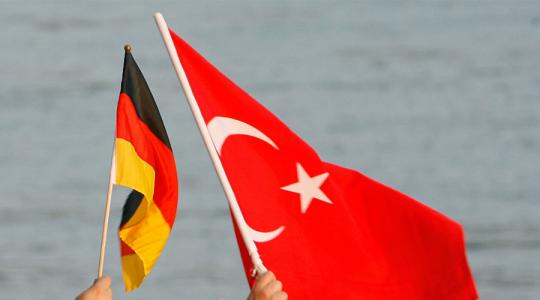 Ditib, which stands for Turkish-Islamic Union for Religious Affairs, is believed to have strong ties to Diyanet (Turkish Presidency of Religious Affairs), a Turkish state-run religious affairs watchdog. Ditib previously denied its members were handing over information on Gulen supporters in Germany to the Turkish government.

In a comment to Rheinische Post on Thursday, however, the secretary-general of Ditib, Bekir Alboga, appeared to have changed his tune, admitting that although “the written instructions of the Turkish Presidency of Religious Affairs were not addressed to Ditib… some Ditib imams wrongly followed them.”

In December, Ditib dismissed reports that it was receiving orders from the government to gather intelligence on potential supporters of Gulen, who the Turkish government considers to be the mastermind behind the failed military coup attempt in July of last year.

Gulen, who has lived in the US since the late 1990s, has repeatedly denied allegations of his involvement in plotting to overthrow Turkish President Recep Erdogan.
Erdogan has called on Washington to speed up the extradition of Gulen, formally filing a request for the procedure in August.

The movement led by Gulen is commonly referred to in the Turkish pro-government media as the ‘Gulenist Terror Organization’ or ‘FETÖ.’ Although the movement does not have an official name, it is known as Hizmet among followers.

In December, Hizmet spokesman in Germany Ercan Karakoyun claimed that Gulen supporters are forced to avoid places of worship attended by Ditib, saying it has become a tool of the Turkish government.

“Thousands of people from the Hizmet movement avoid mosques they contributed to for 30 years because of Erdogan’s instrumentalization of DITIB,” Karakoyun told Deutche Welle, accusing Ditib imams of “adding fuel to the fire.”

Ditib said that its mosques “are places of spirituality, not political polemic,” according to Deutsche Welle.

‘Confidence at stake’
Alboga’s characterization of the snooping as an unfortunate accident did not sit well with German politicians, as German commissioner for integration Aydan Özoguz urged Ditib to take “clear steps to get loose from Ankara.”

The matter, he said, “is currently being examined by the office of the General Prosecutor,” and the outcome of the investigation should be followed by “clear consequences,” according to Frankfurter Allgemeine Zeitung.

“A lot of confidence is at stake here,” he added.

Volker Beck, an opposition MP from the Green Party, did not mince words. “DITIB’s attempt to explain everything as a ‘mishap’ is hardly believable when taking into account the dependence of DITIB on the Diyanet in Ankara and the role of the Turkish embassy and consulate in directing the association and its structures,” he said, as cited by Deutsche Welle.